This Season doesn’t define you

The first time I got my nose pierced, I knew my family would freak out. And they did. Grandma quoted Old Testament Bible verses to me and asked me why I wanted to look “crazy”. Mom cried (not in front of me, but later) and asked if it was permanent. I was 22 years old.

I re-pierced it a second time a few years later because it had closed up. This time, no one freaked out. What I thought was “so permanent” and would “never change”… well, did change. Even my family’s reactions changed; and so did mine.

Eventually, I took my little diamond stud out and chose not to wear it anymore. What had been so “permanent” and “shocking” was now just a distant memory from the blurry past. Nose piercing or not, what I didn’t realize back then was that externals don’t define me.

It wasn’t until recently, however, that I came to fully understand this truth — that I am acceptable, NOT because of what I do or don’t do, but simply because Jesus made me acceptable. I am therefore not “more of a woman” because I’m married or “more of a mother” because God gave me twins. I am simply made in his image; which means, I am already beautiful, already enough, already successful … just because I exist.

Ladies, this is good news! It takes a lot of pressure off, right? We are wonderful because God made us wonderful! And because he made us in His image, our identity is already everything it will ever be.

“A flower is not better when it blooms than when it is nearly a bud. At each stage it is the same thing…a flower in the process of expressing its potential.” (Tim Gallway)

I love this quote because it illustrates that not only do our seasons NOT define us, but that they too will change and pass away, like my nose-piercing: I had it for a few seasons and then all of a sudden I didn’t. At the time, it may have changed my image, but it never changed my identity.

Friends, our image and appearance are NOT the same thing as our identity! Oh the peace we can find when we don’t need to fight to be a certain way because we know our identity is fixed and not changing with the seasons!

Never before was this truer for me than when I became a brand new mom to twin girls. The level of neediness I felt was so stressful and high that it felt like I would forever be desperate for people to bring me meals or hold one of my babies so I could feed and burp the other one. It felt so defining! I can’t tell you how quickly I forgot how my identity wasn’t in that season of crazy sleeplessness and unending nursing and diaper-changing; it was in something so much more.

So remember, even if your current season is hard, crazy, or just downright unbearable, it WILL end and a new season WILL begin. For better or for worse, a new season is coming. And when it’s a good season — a season of fun, wonderful growth or fulfilment of dreams — it won’t define you any more than when it’s a season of pain, failure, isolation or hurt. That’s because we are always and forever children of God FIRST.

We are his image bearers.

And I love that! Because this means that we are already beautiful. Already important. Already enough. Already vital. We have a role to play in each season and we are not just getting there; we ARE there. We are a rose (or nose piercing), whatever the season. 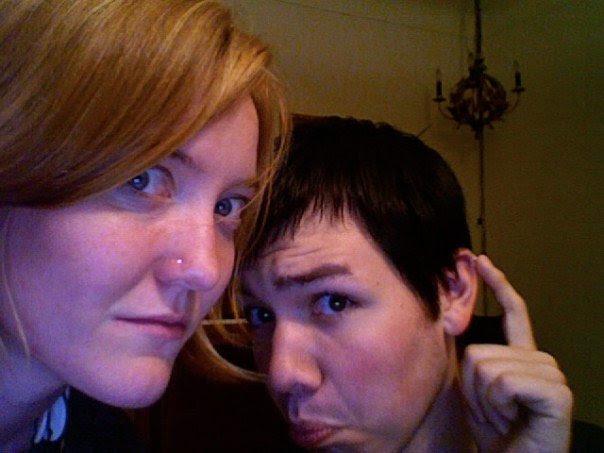 Christy Gudim has lived on 3 continents, speaks 2 languages & has 1 husband. She is a mama to twin girls and is loving it! She keeps busy by remembering that she once loved ballroom dancing, musical theater, & having friends over for tea. Find her on Facebook to follow the photo story of her twin one-year olds! 🙂